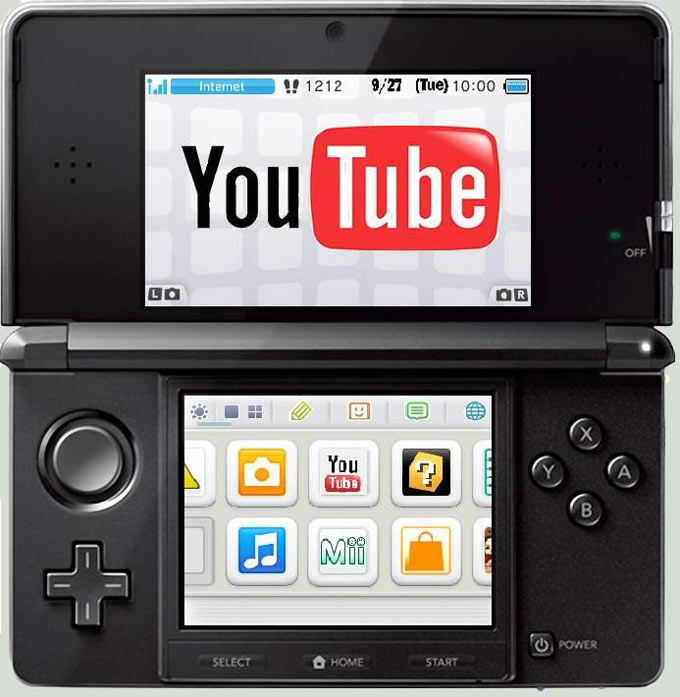 While Nintendo has been totally upstaged this holiday season by the Xbox One and the Playstation 4, the Japanese company continues to make announces, and add features, to entice their current user base.

Engadget reports that the YouTube video will play on the top screen of the dual screen 3DS while the video information, stats, and search options will appear on the bottom screen. The videos will be controlled by the devices triggers and buttons as the Nintendo 3DS has no keyboard.  But Engadget’s Steve Dent notes that the one feature you would expect from the Nintendo 3DS is missing from the YouTube app and that is 3D video support.

YouTube joins the ranks of Hulu and Netflix which themselves just launched on the 3DS last month.

You can find all three video apps in the 3DS e-shop. Speaking of e-shop Nintendo also just announced that they’ve streamlined the e-shop experience for Wii U users and 3DS users. Now the funds from both accounts have been combined so that you can use them to purchase games and apps from either store on either device.

Nintendo launched the Wii U last holiday season which was met with lackluster sales, despite the company hoping the console, which featured the Wii U gamepad, would be the holiday favorite.