Tablets Coming To Every Table At Applebee’s 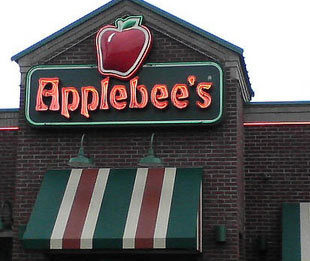 Applebee’s, the nation’s largest casual dining dining chain, said on Tuesday that they plan on rolling out 100,000 tablet devices to all of their company owned restaurants.

Applebee’s has been testing tablet technology at several restaurants and plans to have them in all of their locations by next year. Their largest rival Chili’s is reportedly doing the same thing.

The new 7″ tablets will allow customers to order appetizers and deserts. They will also be able to play games while waiting for food, and they serve as a place for the restaurants, and others, to advertise to a captive, waiting audience. Both Applebee’s and Chili’s have said that customers will continue to order their meals with an actual server, however they will be able to pay for their food with the tablet.

The move is targeted towards millennials who may already be using apps to pay their bills at other restaurants. Tablets are also becoming common among eateries in Europe and Asia.

“Looking out over the next decade, it will become fairly routine for consumers in table service restaurants to use tablets to view menus, place orders and pay bills,” Hudson Riehle, senior vice president of research at the National Restaurant Association told USA Today.

This idea isn’t new, Business Insider reports that there was a startup that started working on tablet technology in 2011. Tablets are also common place at the host/hostess stand at many restaurants. Nibletz reported on a Chattanooga startup that inked a deal to be the tablet for seating at all Mellow Mushroom locations back in July.

Will it work though?

Tablets will presumably help occupy customers time while they are waiting. It also gives them a way to insure, at least for now, that their appetizer order is correct. While servers should have nothing to worry about in the immediate future, this could become common place across most casual dining restaurants in the next five years. At that time there may be a shift to ordering entire meals using the tablet devices which would mean servers would only have to bring food to tables and refill drinks.

Other’s in the hospitality industry aren’t too sure about the tablets. Christopher Muller, hospitality professor at Boston University told USA Today, “Other than the coolness factor, what benefits will it have over the long term?”

Applebee’s sees the tablets as a big win for customer service and customer engagement. Allowing customers to pay using the tablet means they won’t have to wait around for the check ‘Who hasn’t felt like they’ve been held hostage waiting for a check to arrive?” Applebee’s President, Mike Archer said.