Obama Signs The Phone Unlocking Bill, What Does This Mean 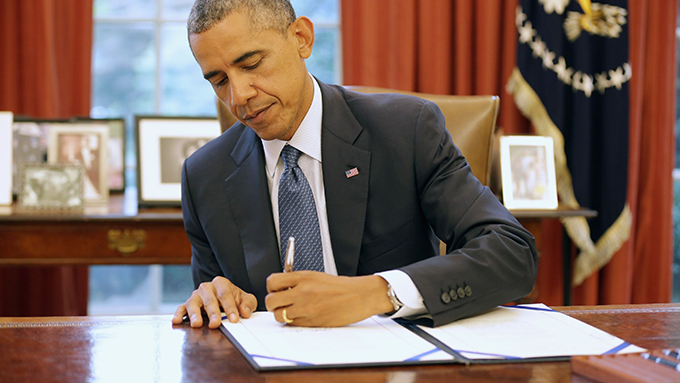 The way wireless carriers in America operate is different from most of the rest of the world. In European countries for instance, you can go to a manufacturers store, Car Phone Warehouse or any electronics big box and buy a phone outright. Once you buy the phone, you decide what carrier you’re going to use the phone on.

In the US we do it a bit differently. For years, until John Legere started shaking things up, US carriers would “subsidize” the actual device. It would be a lot cheaper to “purchase” when you signed a new two year contract.

Over the last couple of years Americans have said no more. There was a whitehouse.gov petition with over 100,000 signatures asking that the government make the wireless carriers “unlock” wireless phones after they were paid in full.

In a perfect world that would mean whether you paid the upfront cost of the phone or used one of the carriers monthly payment plans, once you owned the phone you could take that phone anywhere. There’s still one major problem with that in the US and that is two of our major carriers Verizon and Sprint, use one kind of service, CDMA. While the other two major carriers, T-Mobile and AT&T use GSM technology.

Well congress passed a bill requiring carriers to let customers unlock their phone and take it with them to another carrier after the phone has been paid in full. President Obama signed that bill on Friday.

That means you can now take your phone to the opposite carrier or even a prepaid carrier that uses the same technology if you so choose.

So while this means you’re still locked to a certain kind of technology (CDMA or GSM) you have at least some choice in the matter.

You can check out the entire text of the “Unlocking Consumer and Wireless Competition Act” here.