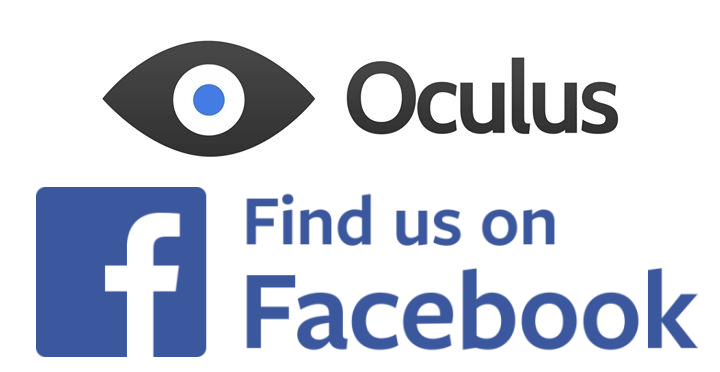 As you have no doubt heard, on Tuesday March 25, Facebook announced plans to by Oculus VR, the maker of the Oculus Rift virtual reality headset. The deal is worth a reported, “total of approximately $2 billion. This includes $400 million in cash and 23.1 million shares of Facebook common stock.”1 The response from the tech community at-large has been mixed. Rather than offer any sort of opinion or take on the acquisition, it seems prudent to take a step back, and look at what happened and what both parties are saying.

About a month ago, /u/threewolfmtn posted a note on Reddit that Mark Zuckerberg was spotted at the Oculus VR office. Although it turned out to be truthful, Reddit was pretty skeptical, to say the least. Anyhow, the Oculus VR blog post announcing the acquisition vindicated /u/threewolfmtn:

A few months ago, Mark, Chris, and Cory from the Facebook team came down to visit our office, see the latest demos, and discuss how we could work together to bring our vision to millions of people. As we talked more, we discovered the two teams shared an even deeper vision of creating a new platform for interaction that allows billions of people to connect in a way never before possible.2

Mark Zuckerberg and Facebook are playing the long game here. For the foreseeable future, Oculus will continue building out their headset with the same focus: gaming. However, Zuckerberg noted that while Facebook will help Oculus realize this goal in this market, there is great potential for platform beyond gaming (emphasis added):

Immersive gaming will be the first, and Oculus already has big plans here that won’t be changing and we hope to accelerate. The Rift is highly anticipated by the gaming community, and there’s a lot of interest from developers in building for this platform. We’re going to focus on helping Oculus build out their product and develop partnerships to support more games. Oculus will continue operating independently within Facebook to achieve this.

But this is just the start. After games, we’re going to make Oculus a platform for many other experiences. Imagine enjoying a court side seat at a game, studying in a classroom of students and teachers all over the world or consulting with a doctor face-to-face — just by putting on goggles in your home.3

Further, the press release detailing the acquisition noted some of these other applications for Oculus and virtual reality in general:

While the applications for virtual reality technology beyond gaming are in their nascent stages, several industries are already experimenting with the technology, and Facebook plans to extend Oculus’ existing advantage in gaming to new verticals, including communications, media and entertainment, education and other areas.4

It seems, in reading through all of the comments from Facebook’s side of the deal, that Zuckerberg envisions virtual reality to be the next cycle in the internet growth cycle. In an article from The Verge Editor-in-Chief Joshua Topolsky, this point is really driven home. Topolsky notes one comment from Zuckerberg’s open conference call in particular: “We … want to start focusing on building the next major computing platform that will come after mobile…History suggests that there will be more platforms to come and that whoever builds and defines these will not only shape all the experiences that our industry builds, but also benefit financially and strategically.”5 Essentially, Facebook is making a bet on virtual reality becoming the next – or maybe one after the next – primary internet platform. So the ‘mobile’ of today will be replaced with ‘virtual reality’ tomorrow. Again, Zuckerberg noted as much in a statement:

We have a lot more to do on mobile, but at this point we feel we’re in a position where we can start focusing on what platforms will come next to enable even more useful, entertaining and personal experiences.

This is where Oculus comes in. They build virtual reality technology, like the Oculus Rift headset. When you put it on, you enter a completely immersive computer-generated environment, like a game or a movie scene or a place far away. The incredible thing about the technology is that you feel like you’re actually present in another place with other people. 6

While Mark Zuckerberg and Facebook were explaining and rationalizing the decision to purchase the virtual reality company, Oculus has been dealing with customer backlash. The widely held assumption, most visible on Reddit, is that Oculus has sold out and that the Rift will become little more than a marketing tool. In what is really one of the more proactive moves by a company in recent years, Palmer Luckey  the Founder of Oculus, has taken to Reddit to answer any and all questions about the acquisition. Palmer prefaced his comment post with a note about the acquisition:

As I learned more about the company and its vision and spoke with Mark, the partnership not only made sense, but became the clear and obvious path to delivering virtual reality to everyone. Facebook was founded with the vision of making the world a more connected place. Virtual reality is a medium that allows us to share experiences with others in ways that were never before possible…The partnership accelerates our vision, allows us to execute on some of our most creative ideas and take risks that were otherwise impossible. Most importantly, it means a better Oculus Rift with fewer compromises even faster than we anticipated.7

Among the answers Palmer provided, a few hard facts can be gleaned. Firstly, Palmer noted its effect on the Oculus Rift price: “This deal specifically lets us greatly lower the price of the Rift.” The deal will allow Oculus to build out its team, and make the best product possible, without relying on cheaper, less effective parts. In response to the question: “What will this $2 billion in investment allow you to do with VR that you could not achieve before?”

We have not gotten into all the details yet, but a lot of the news is coming. The key points:

1) We can make custom hardware, not rely on the scraps of the mobile phone industry. That is insanely expensive, think hundreds of millions of dollars. More news soon.

2) We can afford to hire everyone we need, the best people that fit into our culture of excellence in all aspects.

3) We can make huge investments in content. More news soon.

Palmer elaborated on hardware aspect when asked “is that 75-100 million dollars of VC not enough to bring the CV1 to market?”

It it enough to bring a consumer product to market, but not the consumer product we really wish we could ship. This deal is going to immediately accelerate a lot of plans that were languishing on our wishlist, and the resulting hardware will be better AND cheaper. We have the resources to create custom hardware now, not just rely on the scraps of the mobile phone industry. There is a lot of good news on the way that is not yet public, so believe me, things will become a lot more clear over time.

There is much left to be revealed, but thus far the deal looks like a win-win. Joining Facebook gives Oculus access to an incredible wealth of resources through which they can perfect the Rift. Further – although perhaps a bit naive to believe 100% – Facebook will allow Oculus to “continue operating independently within Facebook,” as far as gaming is concerned. Facebook is betting on virtual reality becoming the next major platform in the internet’s life-cycle. It will be quite interesting to see what happens next.