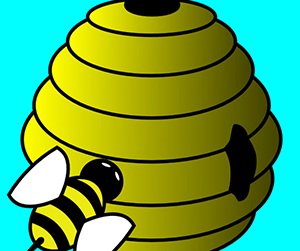 Is there a really good solution to group photo sharing and uploading around an event? Sure several companies have tried but the problem seems to be ease of use.

When you’re celebrating at a friend’s or family memnber’s wedding, or heck even your own, you want to be able to share all the photos. By the end of the event, and the ensuing weeks later, there’s a hodge podge of photos everywhere. To see all of the photos from any given event you’ll need to check Facebook, Twitter, Instagram, Flickr and one of many photo-sharing apps. Undoubtedly the person with the best photo taking skills uses some off the wall app no one has ever heard of, or worse Google+.

Well Brian Gray, the creator of PhotoHive feels your pain and wants to do something about it.

PhotoHive promises to take your photos from any given event and upload them automatically to the event photo album, with everyone else’s. Once you download the app and give it permission all of the photos are automatically uploaded to the album or “hive” and you don’t have to think about it.

At first glance we were thinking that Google+ offers all of these features, but who actually uses Google+. The bigger problem with Google+ or any other app for that matter, is that you don’t know everyone at every event.

Perhaps the bride’s uncle Marvin took a great shot of you and your wife, but you have no idea who Marvin is. Chances are you’ll never find that photo. With PhotoHive that problem is practically eliminated.

Gray looks at the other big problem with the way photos are taken and shared as well.

What happens to all of those photos on your phone, well a couple of things. First, and probably the most popular, NOTHING. You’ve taken 80 photos on your iPhone or Android at your best friend’s wedding but then the next day you get busy. You look at them 30 days later when your phone is filled up and they quickly get deleted.

Or you post them to your social networks, again not everyone is friends with you so they miss them. Now they’re stored forever in the Facebook trap. If you haven’t noticed even after a decade Facebook search for content of any kind really just sucks (still).  Sure they’re probably in your “mobile upload’ album but if you’ve been on Facebook any extended period of time you probably have 10 albums called “mobile upload” and then your stuck weeding through photos for 15 minutes, which is a lifetime in mobile.

“We are developing a solution that enables multiple people to submit photos to a secure online album for those with access to see. But wait. You see, it’s not that you send SOME of the photos you take to the album when you have time to do it. We auto-send EVERY photo, at the time the photo is taken to the album so long as you’re logged into the app. This eliminates steps in the process to get the photo to the album AND provides the benefit of capturing things at the event you never thought were interesting……..but were.” Gray says on his Kickstarter page.

So while many of these features are present in other apps, PhotoHive is combining them into something easy to use.

You can check out more about PhotoHive here.