Really Samsung, This Is The Next Big Thing? 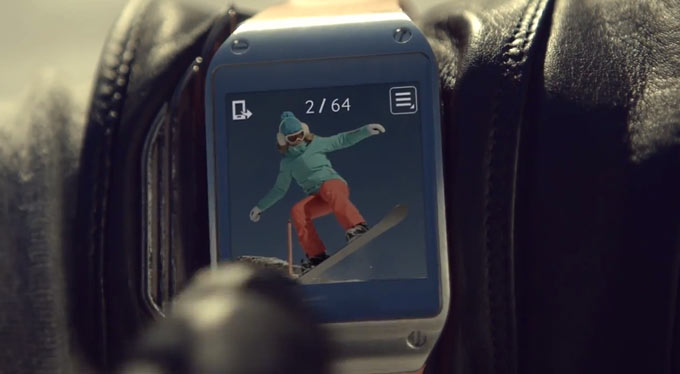 Two years ago when Samsung went to the mainstream they wowed the world with their “Next Big Thing” campaign. Many will remember the commercials they used for the Samsung Galaxy S2 and original Samsung Galaxy Note smartphones. These ads mocked Apple fan boys who would line up days in advance of the latest release of the highly coveted iPhone.

Then, in 2012 during the Superbowl the S. Korean mega electronics giant unveiled another, longer ad in the “next big thing” series that turned downtown New York City into a flash mob scene of people basically joking those who waited hours upon hours for Apple devices. The flashmob took on a life of it’s own and the ad basically went viral.

Fast Forward to 2013 and the Next Big Thing from Samsung is the new Galaxy Gear smart watch and the Galaxy Note 3.

They’ve created another 150 second ad video. This video features Jack battling with another young man for the attention of a pretty foreign woman named Aimee.

The ad starts on a ski lift where Jack is on one side of  Aimee and another guy, who we never learn the name of, is sitting on the other side of her. Both men obviously want the attention of the attractive skier. Jack’s phone rings and he answers it using the Samsung Galaxy Gear smart watch. Noticing he’s caught Aimee’s attention he asks her for her number and who wouldn’t give their number to a complete stranger who thinks he’s cool with a smart watch. But wait it gets better.

Then, when they get off the lift, Jack and Aimee go snow boarding. All the while Jack is snapping photos of her riding the mountain. They take a quick break and Jack shows off the pictures. Aimee is totally cool with the fact that Jack has been all but stalking her, but it’s ok it’s a commercial.

They move to the night club, and Jack shows off the gear a little bit more.  I can see where Samsung was going with this commercial but really it’s almost eery and many a tech website has said so.

This ad has been called “brilliant”, “dumb” and everything in between. Now only if technology really helped you get the girl.