With IFA 2014 approaching at the end of this week, companies are preemptively announcing and launching new products. IFA, if you are not familiar, is essentially a European CES:

IFA in Berlin, the global trade show for consumer electronics and home appliances, presents the latest products and innovations in the heart of Europe‘s most important regional market.1

Sony was the first company to launch a new product, but Samsung stole the show. On Wednesday, Samsung announced 4 new products at their Unpacked 2014 Episode 2 event: 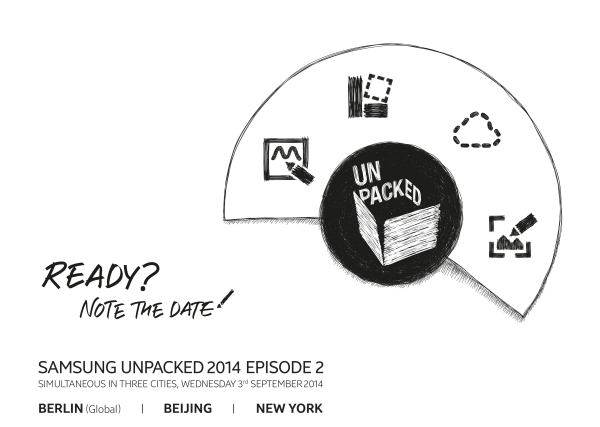 Of the 4 new products announced, two really stand out. First, the company announced the much anticipated Galaxy Note 4: 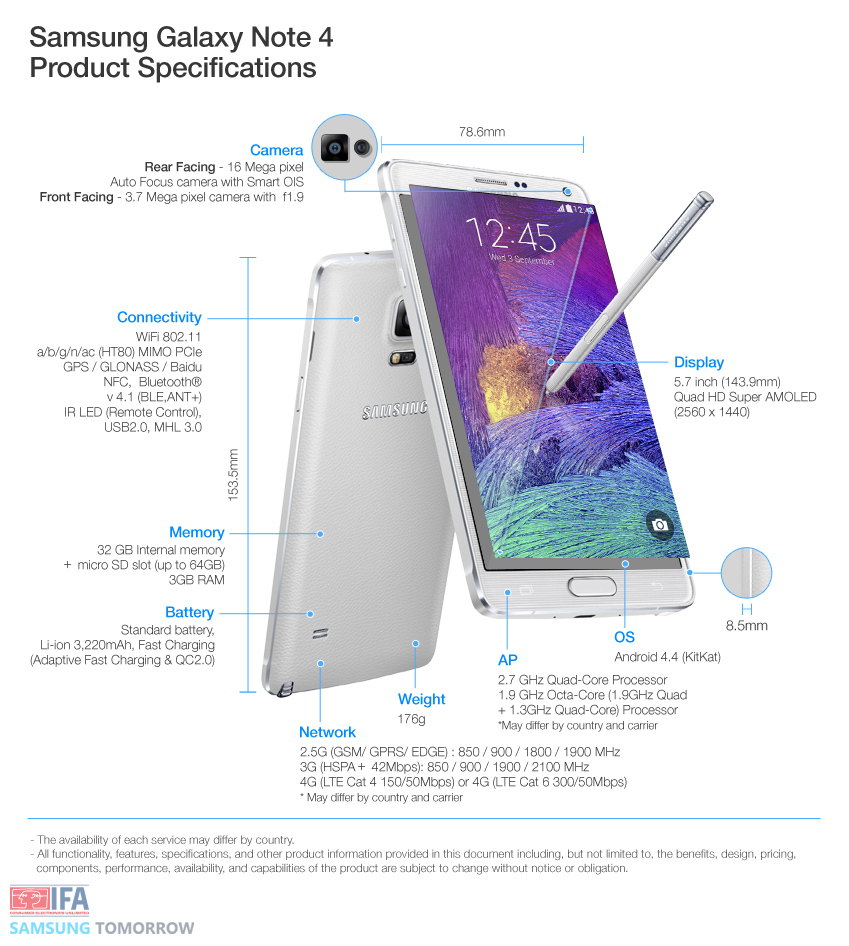 The Galaxy Note 4, as you can see, is pretty similar to the Note 3. That is not a bad thing at all. Perhaps this was a stick-with-what-works approach for Samsung. The revamped and updated Galaxy S5, although it had strong sales, did not meet the company’s expectations and resulted in a compete reshuffling of their mobile design team. Anyhow, the majority of the upgrades to the Note 4 are internal. The device features a stronger rear camera, a faster processor, a more sensitive stylus, and a higher-resolution screen. Other than that, it is almost the same. CNET summed up the Note 4 pretty well:

The Note 4 advances the expected specs in terms of processing power, screen resolution, optical image stabilization, and the stylus — without ballooning to ever-larger proportions. While the Note 4’s features should continue to keep Samsung sales strong, large-phone fans who don’t want a stylus will have other top-tier options in phones like the 5.5-inch LG G3 and Sony’s Xperia Z line.2 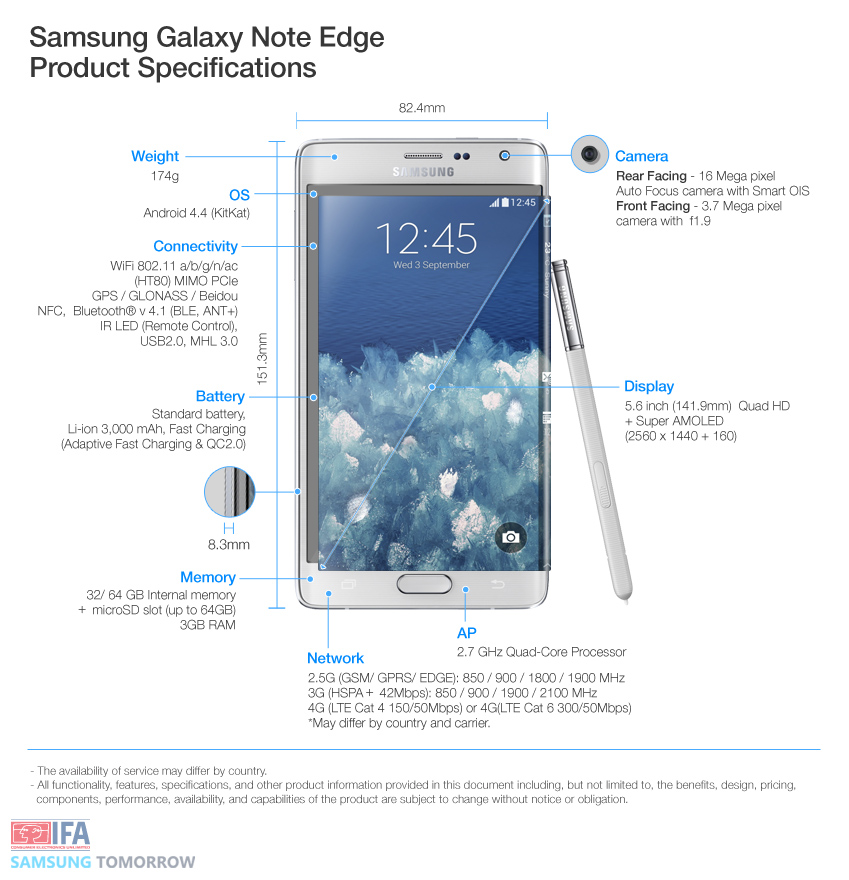 You can not really tell from the image above, but the Note Edge has a rounded display. Here is Samsung’s explanation:

Taking the Galaxy Note experience to the next level, the Note Edge provides users with a new way to access information, engage with their mobile device, and express their personality and tastes. The Galaxy Note Edge’s unique curved Edge screen provides quick access to frequently used apps, alerts and device functionality – even when the cover is closed – all with the swipe of a thumb. Users can also receive notifications directly on the Edge Screen while watching videos without disturbing their viewing.3 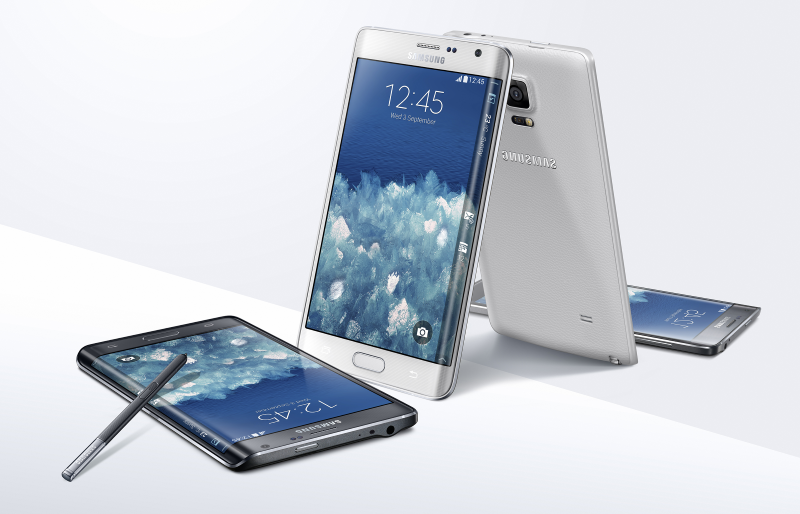 It appears that Samsung made a conscious effort to play it safe with the Galaxy Note 4. On the other hand, it looks as if all of the risks were put into the Note Edge.