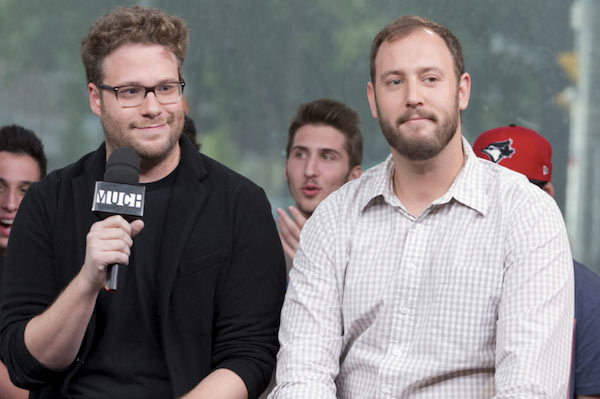 Actor, comedian, director and producer Seth Rogen is a child of the 80’s (well at least the late 80’s). His movies, including Knocked Up 2, Superbad and Pineapple Express have become the cinematic backdrop to a generation.

That’s why it makes perfect sense that Rogen and his longtime collaboration partner Evan Goldberg have been tapped to bring Blake J Harris’ book “Console Wars: The Battle That Defined A Generation” to the big screen. As expected, the book goes into great detail about the battle between Sega and Nintendo, in a way that resembles films chronicling the war between Microsoft and Apple.

The book is set to hit shelves on May 3rd.

Rogen and Goldberg are set to share both writing and directing duties. Sony is the studio backing the flick. Sony is also the studio backing Aaron Sorkin’s movie on Steve Jobs. Sorkin reportedly just wrapped up the script for that movie back in January.

There’s no word on when the console wars movie will actually hit theaters. With Rogen and Goldberg at the helm it should be filled with comedic relief while at the same time chronicling the rise to power of both systems, in an almost documentary style fashion the way Rogen has produced other half comedy half documentary projects.

We all know the way the story went for Sega. After going toe to toe with Nintendo during the release of the Genesis, Saturn and Dreamcast consoles, Sega opted to license their characters to other systems which has proved to be profitable for them. Nintendo on the other hand, has had trouble as of late, staying relevant in a generation filled with Xbox Ones and Playstation 4s.

Nonetheless, the movie should attract audiences who grew up in the 80’s and 90’s along with today’s younger gamers who want to see, and dare I say, a retro look back at the technology that shaped the gaming industry.