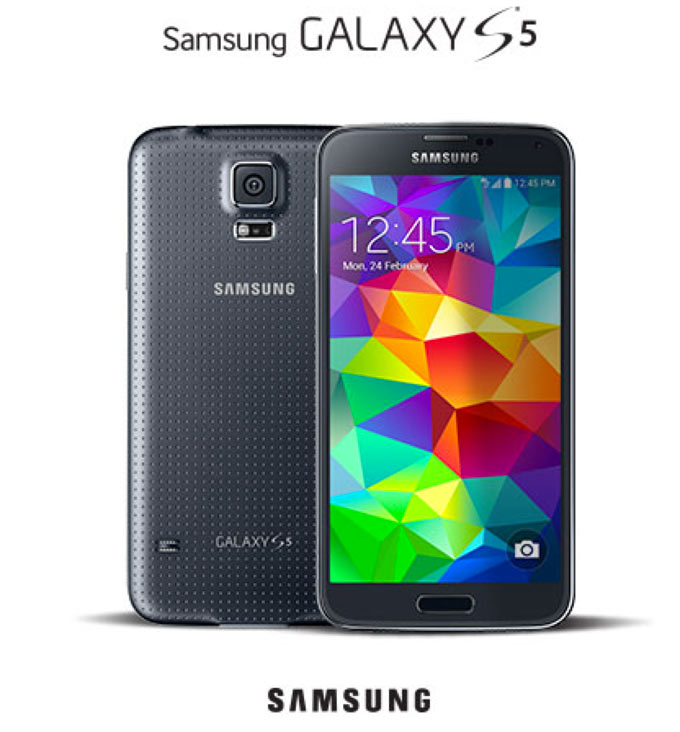 The big announcement for the next big thing happened yesterday here on the ground in Barcelona at Mobile World Congress. That’s when Samsung revealed their latest installment in the Galaxy S series of Android powered smartphones. In keeping with tradition, Samsung brought about improvements to their flagship, higher end Android device.

While the smartphone world seems to be taking a turn for more mid-range smartphones, Samsung included, they are not sacrificing when it comes to their Galaxy S brand.

The Samsung Galaxy S 5 will work seamlessly with their just announced Gear 2 and Gear 2 Neo smartwatches despite the fact that the watches themselves now run on the Tizen OS vs Android.

T-Mobile has announced that they, along with their prepaid subsidiary MetroPCS, will both offer the Samsung Galaxy S 5. We can expect details on pricing and availability in the coming weeks. However, keeping with Samsung’s tradition it shouldn’t be too much later in the early spring that the Galaxy S 5 starts to show up in stores.

T-Mobile customers can sign up for Galaxy S 5 updates by clicking here.

MetroPCS customers can sign up for Galaxy S 5 updates by clicking here.