This Really Puts A Bubble In Perspective 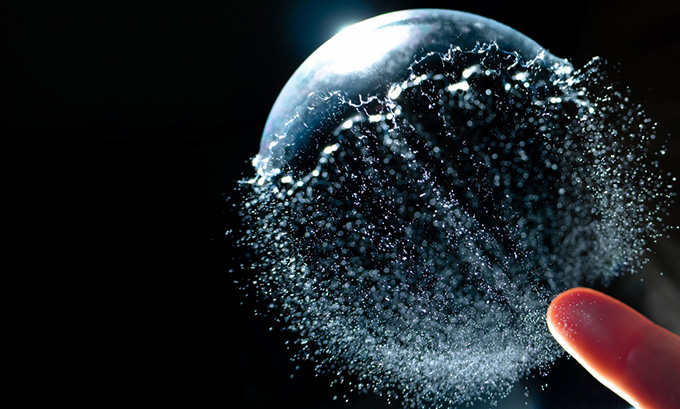 The big news this week was that Apple finally officially announced the acquisition of Beats Music and the Beats By Dre headphone line. Just about anyone who keeps up with tech news can tell you without batting an eye that Apple is paying $3 billion for the company founded by “Gin N Juice” star Dr. Dre and the record mogul credited with bringing Eminem to every living room (among others), Jimmy Iovine.  By Tuesday just about everyone with their pulse on current events will also be able to tell you that Steve Ballmer is buying (or may buy) the Los Angeles Clippers for $2 billion.

What you have in the Beats deal and the Clippers deal are very tangible things. Beats already has over 250 million paying customers on their Beats Music streaming service. Beats By Dre headphones are also the most popular high end consumer headphones in the history of consumer headphones. To some, Beats basically created a category all their own. They currently own 60% of the market and do $1 billion in revenue. They also have over 300 employees with Dre and Iovine, proven successful businessmen in their ranks.

The Los Angeles Clippers were purchased in the early 80’s by Donald Sterling for $12 million. They play basketball in the NBA at the Staples Center in Los Angeles. They regularly sell out the 18,000 seat arena. Their annual revenue last year was $128 million and Forbes values the team at $575 million. They also play in the second largest media market in the country and they are expecting to sign a new TV deal which could lead to $75 million in revenue up from the $20 million of their previous deal.

The social messaging giant has a reported 450 million users paying $1 per year to use the service. There’s a solid $450 million dollars in revenue. Facebook announced in February that they were buying Whats App for $19 billion dollars. They do an estimated 30b messages per day, have 30 employees and $60m in annual profit.

One thing drawn from this comparison is that Apple probably horribly underpaid for Beats. But it’s also a signaling issue with the hype smoke and mirrors that are the factors in these “bubbles”.

Another interesting question to look at would be, could the What’s App deal command $19 billion dollars if it had happened after the Beats/Apple deal.

Facebook CEO Mark Zuckerberg said at the time of the What’s App deal, that he was not looking to What’s App for revenue until they got into the billions of users. What happens if that never comes.

Facebook purchased Instagram for $1 billion dollars back in 2012. At the time this was one of the biggest tech aqcuistions in history. Instagram had nothing but cool photo features and a solid user base. They had no revenue and no revenue stream. Also at the time, Facebook had a ton of photos but no real cool photo app. Facebook still hasn’t merged Instagram into the Facebook platform. However, a unique and possibly game changing advertising technology may be the reason Facebook bought Instagram in the first place.

Are the Facebook deals the works of a still immature young CEO. Most of Facebook’s shareholders obviously hope not. But Tim Cook and Steve Ballmer have made extremely calculated moves.

Are we really on the brink of a bubble? Comment below.