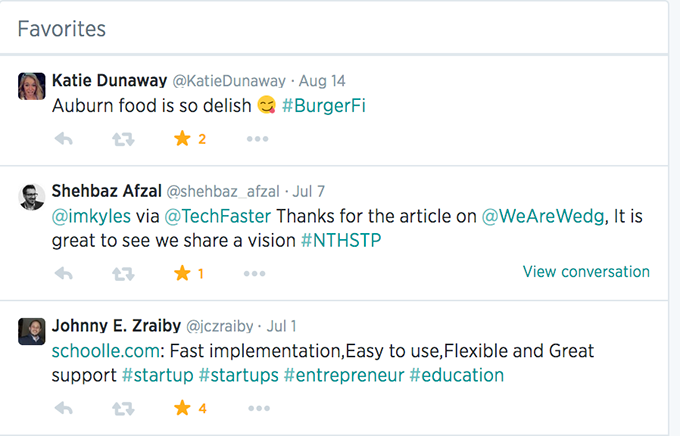 Late last week Twitter began a new experiment that has started to upset many faithful Twitter users. TheVerge and several other sites have reported that Twitter has started putting tweets that others have favorited into user’s time lines.

This may seem innocent enough to some but not to many who have been using favorites for a long time. But that’s where things get tricky.

When Twitter originally introduced Favorites there was no clear definition as to how users were supposed to use the feature.

On the other hand there are some users that use the Favorites system as a bookmarking tool that they may not necessarily want everyone in their feed to know about. For instance, I use Favorites to remind me later on down the road to acknowledge someone who may have favorited something of mine. Sometimes I may decide to favorite a tweet from that person or maybe just remember who said what in a conversation.

Before Twitter decided to start putting favorite into the public timeline the only people who knew about a favorite were the original person who tweeted it and the user that favorited it.

Many longtime users of Twitter don’t want the company to start altering the tools that they have in place. Twitter made the Favorite so open ended that it has a different meaning to each user and with that in mind any altercation may change the way users use Twitter.

How do you use Favorites? Let us know in the comments below.