Drones For Document Delivery In The UAE? 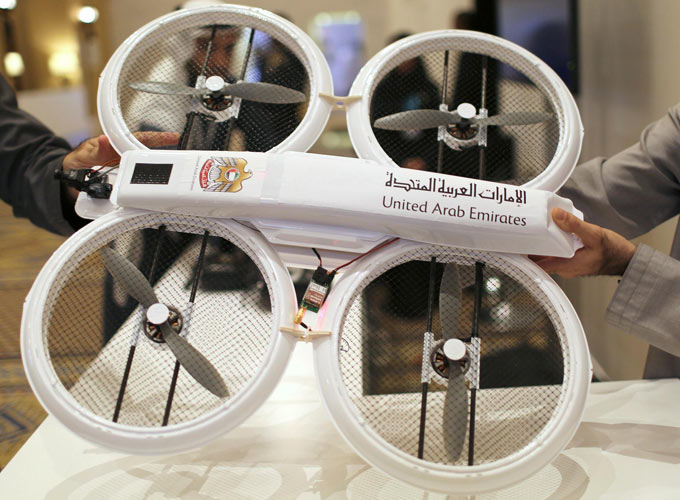 Move over Jeff Bezos, The United Arab Emirates is reportedly considering using un-manned drones for document delivery and they’re poised to get their drone program rolling, most likely before Amazon can.

Gizmag reported on Monday that the UAE is planning to deploy unmanned drones to deliver official documents to it’s citizens. Drivers licenses, identification cards and other important government documents will be delivered by these drones, in what is being called, an effort to upgrade government.

The UAE is very progressive when it comes to tech gadgets, and typically a bit showy. They have some of the most unique architecture in the world, including the world’s largest building. Using drones to deliver documents fits right in.

Mohammed al-Gergawi, a minister of cabinet affairs, said “The UAE will try to deliver its government services through drones. This is the first project of its kind in the world,”

According to Gizmag the drone will look similar to Parrot’s Quad-Copter and feature coloring to match UAE colors. The drones will also have the UAE flag on them. Four rotors will propel the devices that have room for small, document sized parcels.

The UAE will have to go through the country’s form of bureaucracy, and after that the drone program may face some environmental problems as well. Summers in the UAE get to around 104 degrees fahrenheit. The country also has bad sand storms that could affect the drone’s performance.

However if the program is successful it could save their government a lot of money when it comes to salaries for government workers.