We have been covering an abundance  of crowdfunding campaigns over the past several months, but we just came across an older one that is finally coming to fruition. The image above is the Ubi – The Ubiquitous Computer. The Ubi is an always on, always listening, voice-activated computer:

The Ubi plugs into a power outlet and connects through your home’s WiFi network to the Internet. Integrated into the Ubi are two microphones, speakers, indicator lights and many sensors allowing for you to start building a futuristic interaction with your world.1 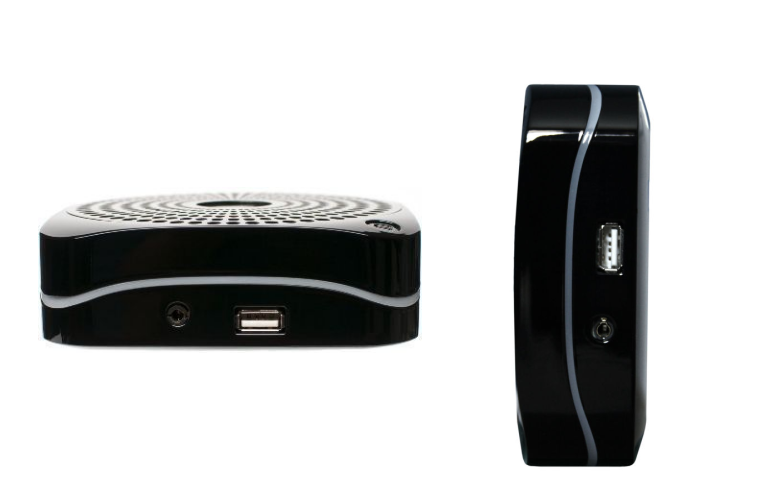 Ubi went through an incredibly successful Kickstarer Campaign back in 2012, raising more than 6 times their original $36,000 goal with a whopping $229,594 in pledges.2 The company has since shipped out all of the beta units to Kickstarter backers.3 And, at the beginning of June, the Ubi blew past its initial goal of one million interactions.4

Ubi can be used for potentially hundreds of applications. The applications we plan to ship with the Ubi are:

These features have since expanded nearly tenfold. The Ubi has since incorporated support for Nest and SmartThings, drastically increasing the features of the computer. Rather than butchering the overall functionality of the Ubi, here is how the team explains the internal workings of the computer:

Ubi plugs into a wall outlet and accesses the Internet through a wifi connection. It has a microphone and speakers and listens for commands. Saying “Ubi” wakes up the Ubi for receiving verbal commands. You can then instruct the Ubi to do your bidding. Ubi will receive plain language commands. Ubi communicates back to you through speech or by using lights.

Onboard the Ubi are sensors to monitor your environment:

This data can be stored online or used to trigger alerts to your mobile device or email.

The Ubi runs Android with a powerful processor to perform voice recognition and also has the ability to connect to other devices. You can plug in speakers, USB drives, or connect through Bluetooth directly to your iPhone or Android device. For developers, you can also communicate with potentially thousands of devices (through RF, wifi, or Bluetooth) and we’re making the device open so peripherals and other applications can be used with it.[6

The company is currently testing the Ubi in beta, but plans to make them available in the near future. Here is a good look at the Ubi in use: