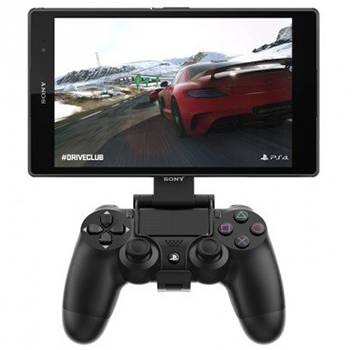 One of the coolest things about Sony’s PS4, and another reason that it’s beating the pants of the Xbox One, is the integration with the Sony Vita. Vita users can use their handheld game system to remotely play Playstation games. This means that you can play NBA 2K14 (or the upcoming 2K15), Madden or any other PS4 game on your handheld and not monopolize the television. We find this really comes in handy when you want to get a little extra playing time in before bed, or when your significant other rather watch Scandal or Football.

Well Sony’s CEO Kaz Hirai just announced at IFA 2014 in Berlin, that the ability to remote play the PS4 is coming to some mobile devices, and of course they’re all made by Sony.

PS4 Remote Play is headed to the Xperia Z3 line including the Z3, Z3 compact and the Z3 tablet bringing your Playstation 4 library to your phone.

Right now the only caveat is that the phone needs to be on the same wifi network as the PS4 for optimum performance but later on down the road you should be able to play it over the web with the right internet connection of course.

Sony has also introduced a game control mount which will allow the user to mount their mobile device on a dual shock controller and let that dual shock PS4 controller control all the action.

There’s no set date for when all this new connectivity is to occur but we bet it’s soon so stay tuned.