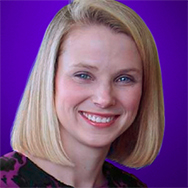 When Marissa Mayer took over the job as CEO at Yahoo she knew it was going to be an uphill climb but most in the tech community knew that she was just the person to do the job. Mayer’s background is firmly entrenched in the internet and now mobile.  During her lengthy time at Google she saw the company transform from an internet destination to a mobile destination, she saw how important mobile was.

Business Insider reports that Mayer was very concerned when she found out that Yahoo didn’t even have 100 mobile engineers on their team of 15,000 at the time when she arrived (there are now 12,500 employees at Yahoo).

Speaking on the stage at the recent DreamForce conference Mayer told SalesForce CEO Marc Beinoff that when she met a Yahoo engineer named Tony she asked him how many people were on the mobile team “30 people,” he told her. He then added Oh, but there’s more in the [product] teams. Maybe 60.”

When she followed up with engineering they initially told her 100 people but when confronted they recanted and said actually closer to 60. That’s when Mayer went into action installing Adam Chan as the new head of mobile engineering, and then through a series of hirings and acquihires she increased the headcount to 400.

That strategy is now starting to payoff as Mayer reported at the DreamForce conference that Yahoo has 400 million monthly mobile users, up 50 million from the numbers she reported at TechCrunch Disrupt in San Francisco just weeks earlier.  Business Insider reports that the latest numbers from ComScore back up Mayer’s numbers.

Yahoo had it’s heyday during Web 1.0. In the 90’s and early part of the 2000’s Yahoo’s home page was a destination site to get to other things on the internet. “Portals” were big back then, AOL, Lycos, and even Compuserve had comprehensive portals that linked news stories, sports scores, business news and other information, likened to an online newspaper. As the internet evolved algorithms and machine learning have made it easier to have custom tailored content on a portal.  While Mayer is focusing on mobile she’s been returning Yahoo to it’s roots, a starting point on the web, and now mobile, for millions.

Marissa Mayer will be keynoting at the 2014 International CES.