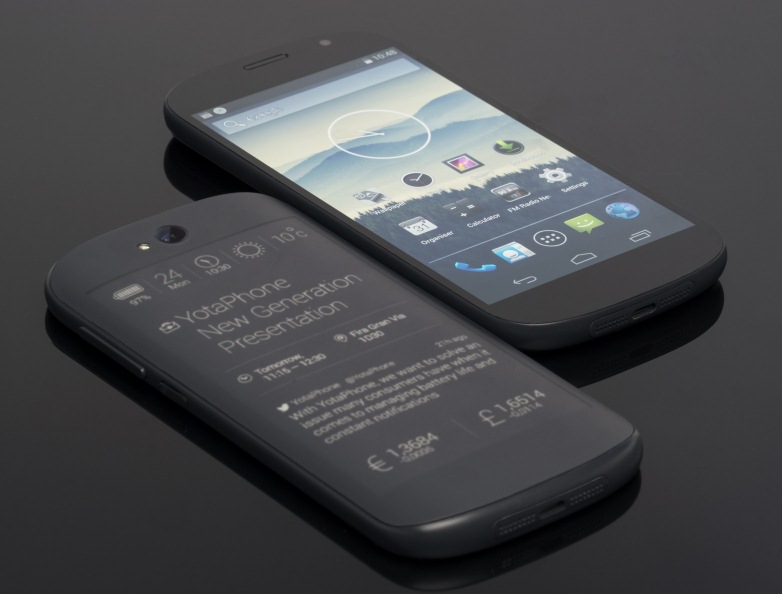 Late last year, we told you a little bit about the YotaPhone from the Russian company, Yota Devices. This year, at Mobile World Congress, the company revealed the second generation of the YotaPhone (above). Personally, this was the thing that I was most looking forward to at MWC, and the announcement did not disappoint. 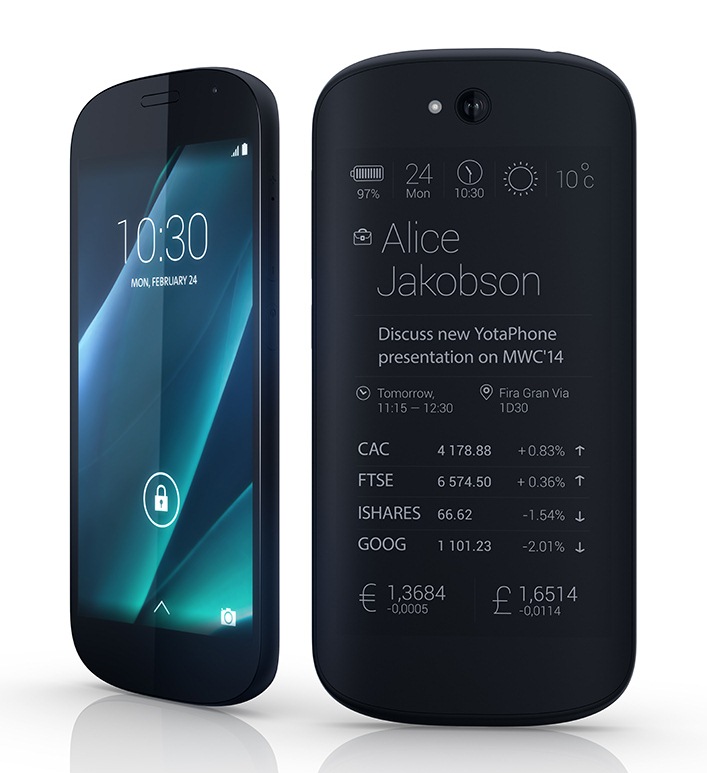 The first YotaPhone was incredibly remarkable. The device has two displays, one on each side of the phone. The front, main display is a standard 720×1280 LCD screen, while the back display is the e-ink electronic paper display.

The new YotaPhone, however, represents a major step forward for the company. Many of the new features are outlined in a release from the company, including:

The next generation YotaPhone delivers an even better reading experience on a bigger and better screen.  The always-on EPD display is 4.7” with higher resolution, greater pixel density and a built-in light…YotaPhone delivers 50+ hours of battery life when reading on the always-on display.1

Perhaps the most innovative of the new features, however, comes in the form of a new ‘Smart Power Mode’. In this mode, the second, e-ink screen becomes the primary screen of the device. With Smart Power Mode enabled, “users can turn off the energy-consuming color screen and perform functions like making and answering phone calls on the always-on display to preserve battery life.”2 Making the device, essentially, a low resolution, e-ink smartphone.

Even further, the company also announced the opening of the new YotaPhone SDK.3

These are some major steps for the Russian phonemaker, but, to my dismay, they have yet to announce any plans to bring the device to the U.S.