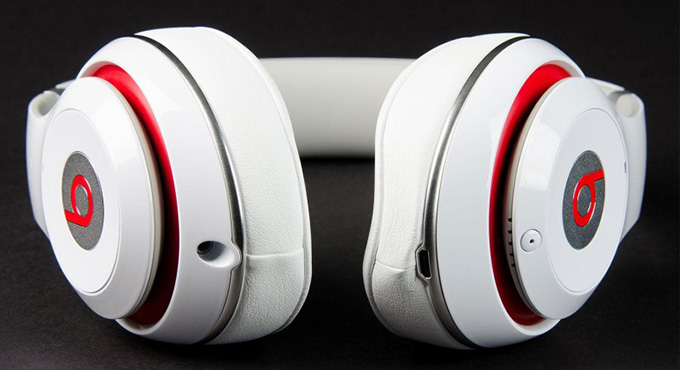 Various reliable news sources are reporting that Apple is in the midst of their biggest acquisitions ever. The Financial Times broke the story around 2pm today that Apple is planning on buying Beats By Dre the audio streaming service and hardware company founded in partnership by Dr. Dre, record label executive Jimmy Iovine and originally, Monster Audio.

Beats were developed by Dre and Iovine after the duo realized there weren’t any high quality, fashionable headphones marketed towards consumers. Beats quickly evolved into multiple lines including over the ear headphones, ear buds, and even Bluetooth speakers. Beats also sparked rival audio companies to seek their own lines with hip hop stars Ludacris and 50 Cent.

Never one to sit still Iovine quickly developed partnerships and licensing deals for Beats including one with HTC that packaged a Beats Audio experience with several devices released in 2011 and 2012.

Their next venture, one that most likely flew way too close for comfort to Apple, was the Beats music service. Released earlier this year Beats offers streaming music services similar to Spotify or Apple’s own iTunes Radio and curated by some of the top artists in the world who have deep relationships with Iovine.

As for the headphones themselves, they’ve been a staple in Apple stores across the country for the past few years.

This is Apple’s biggest acquisition to date. In 1996 the company bought NeXT for $404 million which was the deal that brought Apple co-founder Steve Jobs back into the company. Macrumors reports that Apple CEO Tim Cook said earlier this year he wasn’t opposed to big acquisitions, to help reduce the humongous stock pile of cash the company is sitting on.

“We have no problem spending 10 figures for the right company, for the right fit that’s in the best interest of Apple in the long-term. None. Zero.”  Cook Said.

While this deal isn’t closed sources have confirmed to the Financial Times, Wall Street Journal and Bloomberg that the talks are ongoing and a deal could be announced as early as next week.

Beats would be a great addition to the Apple family. Apple could naturally integrate the hardware into their own offerings and continue to develop and sell Beats headphones at their own retail stores and third party distributors.

While Apple has the online downloading and purchase of music and media down to a science the company has been struggling with streaming. Although they haven’t said how many users they have, iTunes Radio has not lived up to the companies expectations. From a media and audio hardware standpoint this could be an amazing opportunity for Apple.