Apps To Have A Huge Roll At The 2014 International CES 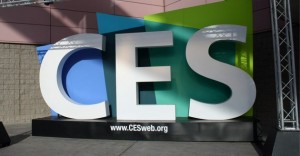 Over the past few years there’s been an evolution of sorts at the International CES. The conference, held in January in Las Vegas, is the largest technology conference and event in the western hemisphere.

What began as a forum to show off the latest in appliances, TVs, stereos and eventually computers, has made way for a mobile revolution and with that an app and startup revolution as well.

Three years ago CEA, the producer of CES, added a Eureka Park zone which highlights new startups, product companies and apps. The conference also hosts an app contest/battle, and this year they’re increasing the amount of content geared toward app developers.

The App Developer World track will feature speakers, educational sessions, and app showcases. CES will also feature a MoDev Hackathon, a Wall Of Apps and the returning Apps Showdown.

“applications have eventually become an integral part of our day to day lives, from their use in the phones, or computers, as well as tablets and the wearable technology’.” CEA CEO and President Gary Shapiro said in a statement.
Over the past few years AT&T has held their developer summit in tandem with CES at the Plaza hotel. This year, that event has been scheduled to fall the three days before CES actually kicks off.
CES kicks off in Las Vegas on January 6th 2014 with press day and runs through January 10, 2014.
You can download iSpotlight and Bounceit in the Itunes app store to keep up with our 2014 CES coverage. And for more CES coverage click here.
2013-12-25T21:57:51-05:00By TechFaster|CES 2014, Editors' Picks|0 Comments