The Top Tech Holiday Gifts Of The Last 50 Years 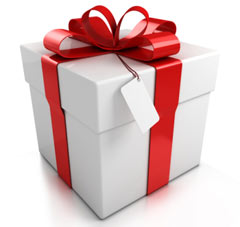 What did you get for the holidays this year? Was a cool new iPhone 5S under your tree? Was the Xbox One in your Chanukah stash? Did someone get you a Lumia 1020? Sure just be reading Techfaster you can keep up with the hottest holiday gifts of 2013, but what about holidays past?

Well the folks at plurasight who provide “hard core dev and IT Training” have put together the hottest gifts over the last 50 years in an infographic. The infographic goes all the way back to 1963 when the hot item was the Kodak Instamatic 100 camera, of course Kodak is nearly just a memory in 2013.

When did game systems make it big for the holidays? Well of course you can dip back to 1975 again or if you want data on traditional console systems, that would be 1985 the year that Nintendo introduced the original 8 bit Nintendo Entertainment System. Super Nintendo followed suit in 1991 and the original Playstation in 1995.

The data is based on what appears to be the opinions of the plurasight team rather than any sales statistics but nonetheless, the team of IT experts and geeks had some great items fall on the list. I don’t know if  1998’s Lego Mindstorm was a cash register winner but it was definitely cool. Same thing goes for the 1996 TI-83 calculator.

Check below for a trip down memory lane.