Many Galaxy S5 Health Features are Available on Current Devices 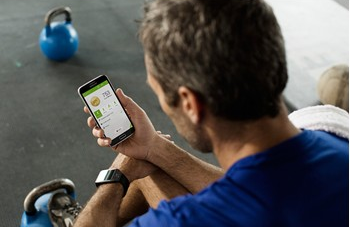 A major component of Samsung’s Mobile World Congress push was a new focus on health and fitness. All of the company’s product releases at MWC incorporated fitness in some way. Here is what we said of the S5:

And the new Gear Fit:

It is not just Samsung making a health push, Sony is in on it as well.

While the health and fitness push at MWC seems to be focused on new and future devices, many of the new features are available on currently available devices. The tone and messaging at MWC made it sound as if these new products and features are revolutionary, and exist in no other form. However, it is quite easy to perform many of these tasks today.

Apple’s iPhone 5S has very unique chip built in. The M7 coprocessor handles all of the device’s movement and acceleration data collection. According to Apple:

It’s designed specifically to measure motion data from the accelerometer, gyroscope, and compass…Now fitness apps that track physical activity can access that data from the M7 coprocessor without constantly engaging the A7 chip…M7 knows when you’re walking, running, or even driving.1

TechCrunch writer Darrell Etherington laid out the benefits of this chip perfectly:

The M7 means that everyone will be able to carry a sensor similar to a Fitbit or equivalent in their pocket without having to cart around a separate device, which doesn’t require syncing via Bluetooth or worrying about losing something that’s generally tiny, plus there’s no additional wristwear required.2

Essentially, the M7 coprocesser makes the iPhone 5S the perfect health and fitness platform. Whereas Apple has given developers the tools to build apps for fitness tracking, in the new S Health app for the Galaxy S5 – using the same sort of platform – Samsung took it upon themselves to build out the functionality.

Warner Crocker, of Gotta Be Mobile, listed a few apps that have been developed so far that make use of the M7 coprocessor:

For Android, the selections are much more varied and the compatibility with certain devices is much more variable. Take a look, there are tons of offerings.

It is clear that the new Galaxy S5 and the new Samsung’s new wearables are incredibly unique and feature-rich. That said, many of the lower-level functions can be achieved with your current smartphone.