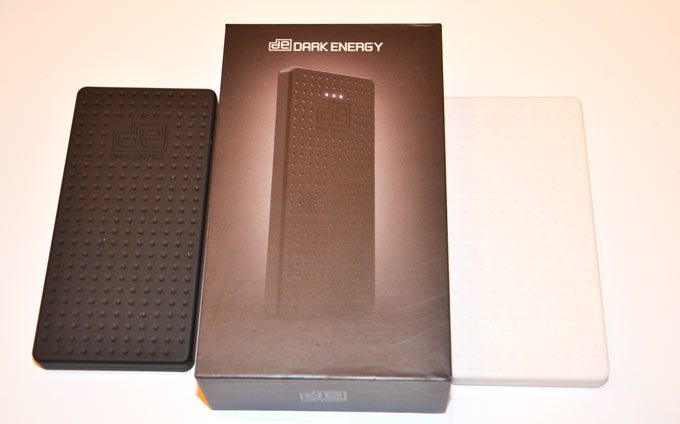 Next to Bluetooth speakers and wireless headphones there are enough portable battery chargers at this year’s International CES to power a small country for a year. They come in all shapes and sizes, with all kinds of functionality. But, it’s a group of guys from Provo Utah (yes Utah) who took the time to listen to what consumers want and need in a compact, portable charger.

First off you need power. It’s not enough to offer just one re-charge of your iPhone, and so called “emergency” power chargers often times don’t even give you the extra hours you really need. Android manufacturers and Apple have spent years working on batteries and one thing is certain, the old theory that excessive charging kills your battery is more of a myth than the law. So with that said. There are several chargers available out there that will let you charge your phone multiple times.

For me personally, the ability to recharge my phone on the go 5 or 6 full charges per day will suffice. The Dark Energy Reservoir has 8,000mah of power available which means that you can definitely recharge your iPhone 5, 5S or comparable Android phone 5 to 6 times.

Not all power is created equal though

The guys behind Dark Energy warn that not all power is created equal. They’ve tested literally hundreds of portable battery chargers and found that a good 500-1000mah of power in bigger capacity batteries is actually never used or never available.

With the Dark Energy Reservoir all 8,000mah of power is available.

Ok really just three lights and one button but the Dark Energy Reservoir tells you right away how much charge is available and there’s a button to turn it on and off. Call me crazy but this is really important, especially when it comes to my electronics.

Dark Energy Reservoir is worth every penny of the $129 you’ll put into it. They also have a special where you can get two for $249 Pick them up here.

Check out our video interview with Dark Energy here: