The MakerBot press conference on CES 2014 Press Day was quite remarkable, both for the breadth of announcements and for the passion and excitement that MakerBot CEO Bre Pettis showed for the work that they are undertaking. Perhaps owing to the Samsung Press Conference – where sharks were jumped – but the genuine love of the product that his company has built that Pettis displayed was a much needed change of pace on CES Press Day. While I may be a minority in this position, but the unscripted and much, much less expensive MakerBot press event was infinitely more effective than the Samsung CGI display.

Anyhow, griping aside. MakerBot made an awful lot of announcements. To start, the company announced three brand new models of their 3D printer. 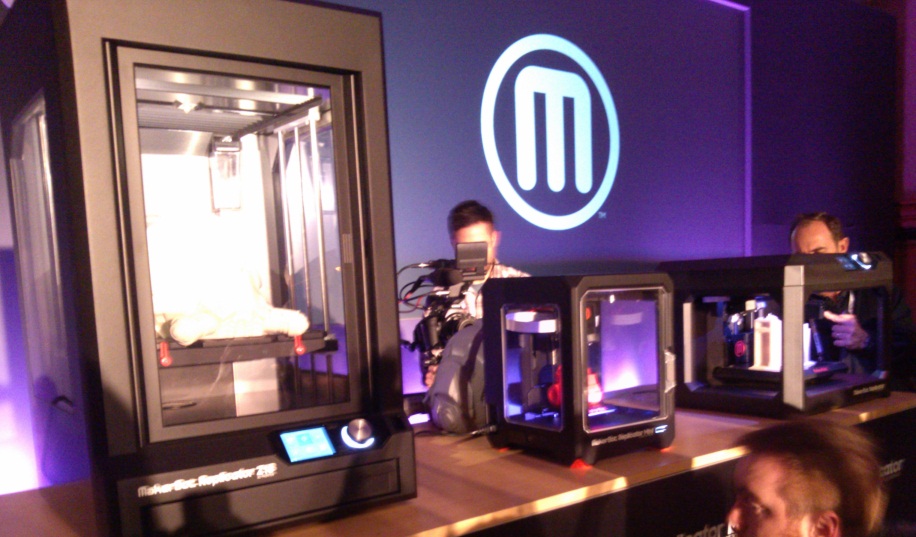 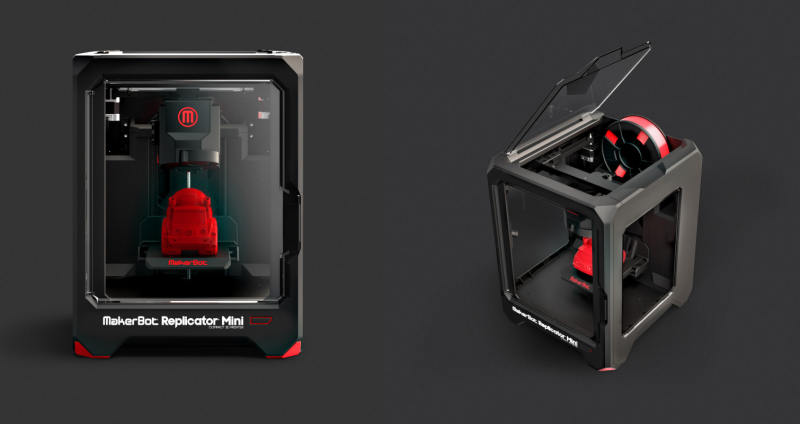 The MakerBot Replicator Mini has a build volume of 3.9 L x 3.9 W x 4.9 H inches. It was built for speed and utilizes a build plate that requires no leveling, and produces a default 200-micron layer resolution in prints. The Mini, as well as all of the new models, are optimized for MakerBot PLA Filament, the companies incredibly cheap, green bioplastic made from corn. The Mini is asseccasble through either WiFi or a USB cord.

Continuing with the digital camera analogy, Pettis called The MakerBot Replicator the prosumer DSLR model. The Replicator is the perfect desktop 3D printer for the experienced professional.

The Z18 is the top-of-the-line, industrial strength 3D Printer. This thing is a beast. It has a massive build volume of 12 L x 12 W x 18 H inches. It allows for the largest builds of any MakerBot printer, and allows for multiple smaller builds at the same time. It also includes a superflat, easy to level buildplate. The Z18 is priced at $6499 and will be available in Spring 2014.

All of the new MakerBots include an internal camera that allows for the monitoring of builds.

But wait, there was more. 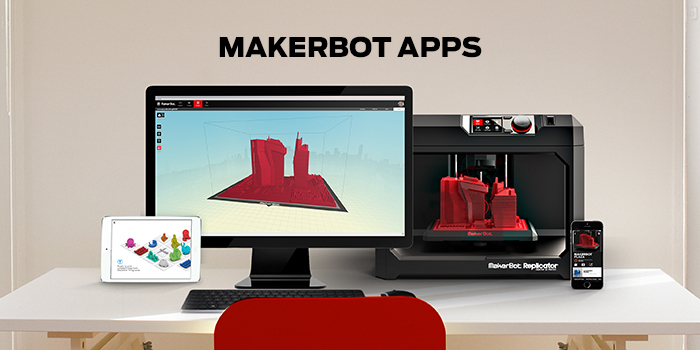 MakerBot announced three new apps to power their printers. A desktop app, a mobile app, and a re-imagined way to design and build with MakerBot Printshop.