Is Being First to the Market Always the Best Strategy? 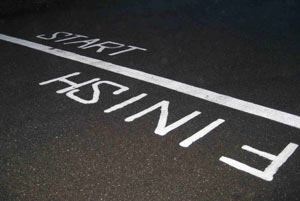 If you have a really good product idea, one that clearly fills a demonstrated need and isn’t yet available in any app store, should you go for perfection or try to be the first to market? Sometimes, it pays to be first, even if your product isn’t yet ready for prime time.

Couple and “the problem no one else was solving”

About a year ago, my long-term relationship turned into a long-distance relationship, as my boyfriend got a nine-month contract doing development work in Vancouver. We knew the cost of international text messaging would be through the roof, so we jumped on the app stores looking for free alternatives.

Enter Couple. Although there are numerous “relationship apps” available, Couple — which was, at that time, called Pair — seemed to be the perfect (and only) solution. We heard of it by digging up a TechCrunch article about the startup; we quickly set up accounts and “paired” each other, and have stuck with the app as it rebranded as Couple and added new features.

Is Couple a perfect app? Absolutely not. It’s laggy, takes up enormous amounts of space, and puts a significant drain on my phone battery. (An hour of Couple chatting means I have to recharge my phone.) On the other hand, it does the one thing my boyfriend and I needed: provides a private, one-to-one communication channel that is not based on an SMS system. Because of this, and because Couple was one of the first two apps in the game to solve this particular problem, we’re now Couple loyalists.

What about that other app? Why did Pair rebrand as Couple? The answers to both questions have to do with Pair’s rival app, the UK-based Cupple. Even though Cupple technically launched before Pair (November 2011 vs. March 2012), Pair was much faster at snagging market share, gaining over 100,000 users in its first week in the App Store. Cupple trailed behind, and by February 2013, the dominant Pair gobbled up the relatively-unknown Cupple, to ensure it could maintain its significant lead.

How to be a Pair and not a Cupple

If Cupple had launched a year before Pair, instead of only a few months ahead, it might have told a different story. Even though Cupple was technically first, for all intents and purposes Pair was actually the true “first to market,” with a much stronger launch and instant publicity in TechCrunch, The New York Times, and other prominent news sites. Pair also spread virally, as users excitedly told their friends about the new app they and their partners were using.

How can you use this story to improve your own app launch? If your app is filling a clear need and you suspect you will be the first to market, make sure you have your promotion and PR ready to go on Day 1. Even if your app has a few bugs, the reviewers are likely to praise your innovation — after all, everyone knows that Version 2.0 will fix the big flaws.

If you’re launching a Pair and you see a Cupple go up a few months ahead, you can still win — as marketing service 29 Prime notes, it’s easy to “outshine the competition when it comes to search engine optimization and quality of online content.” That is: if you’re the one with the TechCrunch article on your launch day, and your four-month-old opponent doesn’t have a similar online profile, you’re the true “first to market.” Hands down.

First is still best, but second place can outshine first as long as you have the right marketing strategy and the first app hasn’t grabbed up all the available airspace. That’s the lesson Pair learned that Cupple didn’t, and the one we all need to remember.

Jennifer Brown is a senior at UNC Chapel Hill. She loves entrepreneurship, technology, gadgets and startups.