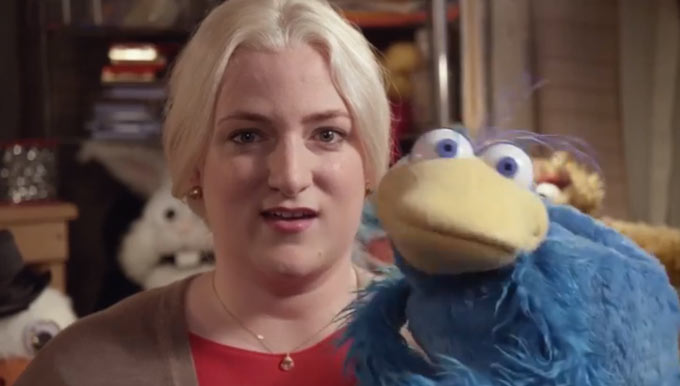 With that theme in mind this year’s Superbowl ad, while lacking scantly clad women, actually featured a woman who has a side business called Puppets By Gwen. Puppets by Gwen is a puppet show production company. Gwen Dean, the creator and puppeteer also makes all of the puppets herself. Dean has been a machine engineer for over 18 years. She says that in her 18 years operating large tonnage refrigeration machinery, she’s manufactured over 65 million gallons of chilled water.

She said that a coworker had told her about GoDaddy and how easy it was to create a website. After purchasing her domain name she partnered with the “Dream Design” team at GoDaddy who created her webpage for her using GoDaddy’s proprietary “Website Tonight” tool.

Dean says that business has taken off since getting on the web. She says that she’s performed over 1400 puppet shows with 90% of them booked online.

GoDaddy says that Dean quit her job on Sunday during the Super Bowl ad, talking directly to her boss that was one of the over 100 million viewers.