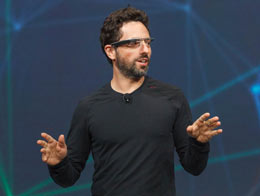 Now for just $1500 those Google customers who were early adopters of the music program can purchase Google Glass. In fact these members will get the newly revised version of Google Glass complete with one earbud for your Google Play Music All Access listening pleasure. But be prepared, TechnoBuffalo reports that using the music service with Google Glass is a battery suck.

“With the launch of Google Play Music on Google Glass, we’ve secured VIP invitations for All Access customers to join the Glass Explorer Program,” Google said. “Interested in rocking out while exploring with Glass? Sign up to receive your invitation below!”

Google Glass has rolled out some impressive features lately including the ability to snap a picture by winking. It was rumored throughout 2013 that Google Glass would be made commercially available during the year, which it was not. It’s presumed that Google will resort to much cheaper pricing when it’s time to market it to the masses, most analysts predict, that Google will price glass in the $350 range. Hopefully it won’t be too much longer.

As for the All Access subscribers, it’s been widely reported that they are rolling the invites out in stages, so if you are an All Access member then be patient your invite is coming.