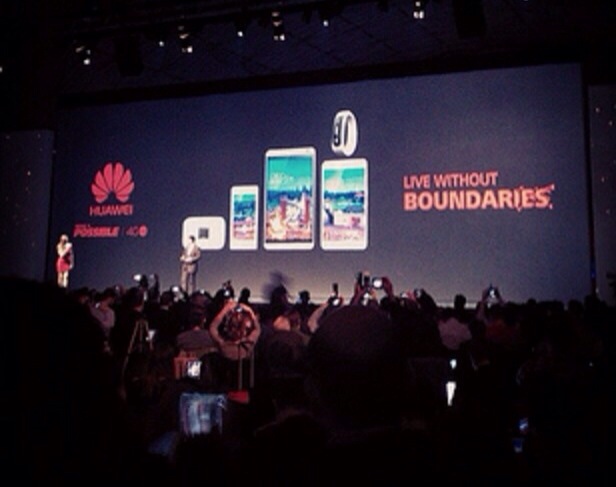 Huawei, like many other key manufacturers, weren’t waiting for tomorrow mornings official kickoff of Mobile World Congress to make a big splash. At their press conference today in Barcelona the Chinese manufacturing giant unveiled 5 new 4G LTE connected devices. The devices include a new connected watch/ fitness tracker, a new MiFi that they are billing as “the world’s fastest”, 2 smaller tablets and a feature packed smartphone.

Tablets
Huawei introduced the 7″ MediaPad X1. The MediaPad is sporting a 1.6ghz quad core processor alongside a full HD display for media consumption. It also features 4G/LTE comparability. It’s expected in the UK by the end of 1H 2014.

The MediaTab M1is similar in spec to the MediaPad X1 but with an 8″ screen. It’s 4G LTE compatibility allows for phone calls and text messages. The downside is it’s using an Android OS two generations back in 4.2.2 Jelly Bean.

Smartphone
Huawei continued to expand on their Ascend line with the new Ascend G6 4G. The Ascend G6 4G comes in as a midrange Android device resorting back to Android Jelly Bean. It features a 5 megapixel camera on the front for clear selfies and 8 megapixels on the rear. The computing power is behind handled by an 1.2ghz quad-core processor.

Huawei introduced what they are calling the worlds fastest MiFi. It connects to carrier LTE networks and will provide download speeds of 300 Mbps, the company said. Upload speeds top out at 100Mbps. The MiFI supports Wi-Fi 802.11a/b/g/n and 802.11ac, and it can connect up to 10 devices to the carrier LTE network via Wi-Fi. In an interesting twist the MiFi also features a 3,000 mah battery which according to the company, can double as a charger.

Wearable
Possibly the most innovative product introduced by Huawei today is the TalkBand B1. Their wearable functions as a smart watch and a fitness tracker which on the surface is nothing new. However Huawei’s wearable can pop out of the band for making calls, making it an easy communication device to take on a run. It’s water resistant and dust proof and charges via standard microusb. The downside is that the display is not a touchscreen.