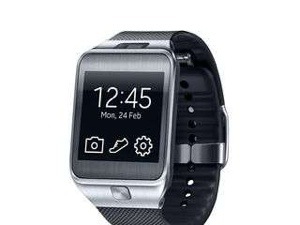 The Techfaster team is on the ground in Barcelona for Mobile World Congress and kicking it off for some highly anticipated news from Samsung . While we haven’t quite gotten to the re-up of the Galaxy S smartphone, we did get some wearable news. Samsung introduced not one but two new smart watches this afternoon, the Gear 2 and the Gear 2 Neo. Unlike their predecessor, neither watch is running on Android but rather the new Tizen operating system which is an open source operating system collectively released by Samsung and others. With that in mind they’ve dropped the word Galaxy from the Gear 2 watches.

The Gear 2 features a camera a la the original model the Gear 2 Neo does not. Gear 2 has a 1.63-inch Super AMOLED display (resolution 320 x 320) and runs off a 1GHZ Dual Core processor. It has 512MB of RAM, 4GB of internal memory.Both watches are expected in April and pricing details should be available soon. Also with the newest Gears using Tizen and not Android we can’t help but wonder if they are going to work with other non Android powered phones.