So No, This Is The Most Epic Phone Case Ever & A 12 Year Old Created It [sxsw]

Well he’s not 12 years old anymore nor is he the author of Fear and Loathing in Las Vegas, but now 16 year old Hunter Thompson from Austin has created what many will believe is the best iPhone, iPod and iPad case lines ever.

His company, SmallWorks, started with an idea at age 12 when Hunter admits he was a lego fanatic. He told us at SXSW that he lost count of how many lego blocks filled his room and his parents house. Hunter thought, wouldn’t it be interesting to make a cell phone case out of lego blocks.

From that, his idea for SmallWorks was formed. But rather than make an entire case out of lego blocks they’ve fashioned a completely protective case for iPhones and iPad Mini’s that has a brick surface on the rear. If you get a hankering to do a Lego project on the fly, simply turn your phone or iPad Mini upside down and you have an instant surface to build your favorite Lego creations.

SmallWorks users have come up with some amazing creations including a Transformer, which Thompson says is the coolest one he’s seen so far, and posted it to the companies website here. 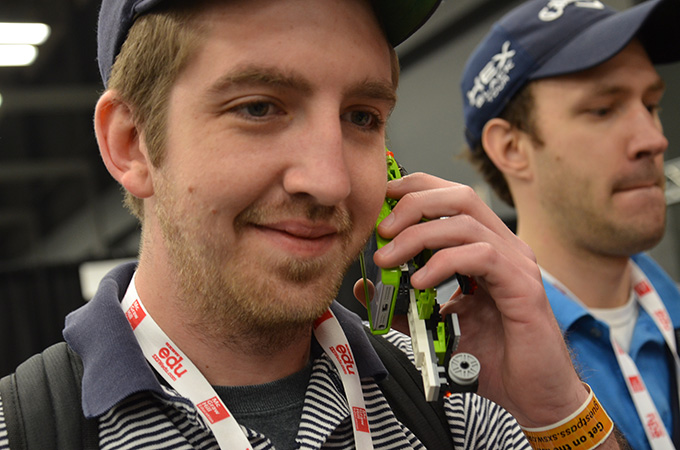 A lot of the other creations are just as cool, including this helicopter. As you can see the helicopter was built on the iPhone case and if a call comes in you just talk with a Lego helicopter up to your ear. Heck it’s SXSW we’ve seen stranger. 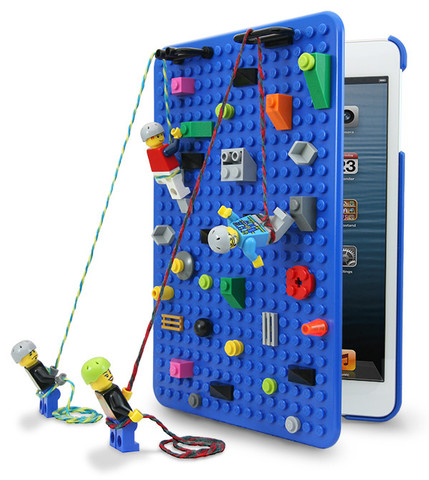 The other great thing about SmallWorks is at Hunter’s still relatively young age he wants as many people to have their cases as possible so the pricing is very affordable. Sure I would pay $40 for a Lego case but cases start at just $14.99 for the iPhone 4 and a very reasonable $24.99 for the iPhone 5. The iPad Mini case comes in at $39.99 but even then you have an entire Lego compatible surface to go crazy creating with.

You can find SmallWorks cases on Amazon here or buy them direct from Smallworks.com