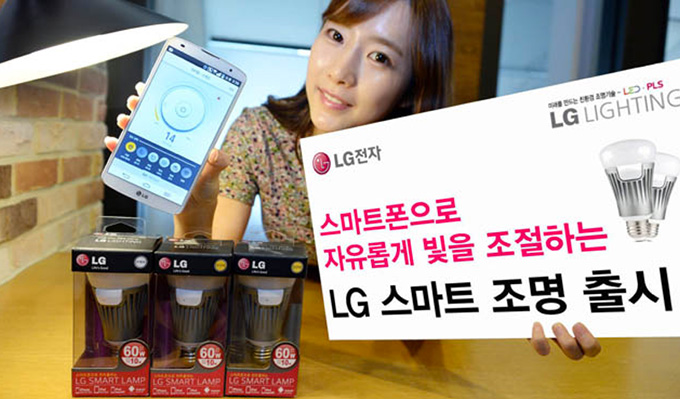 LG has unveiled a new smart bulb called Smart Lamp. The device, with a simply descriptive name, is what you would expect from a smart bulb.

The LED bulb is rated at 10w but with LED technology that gives off the same amount of light as a 60w incandescent light bulb.

Like it’s competitors, the LG Smart Lamp, is an LED light bulb controlled by an app. The app, can control how bright the light is, but LG has baked in some additional features which can be controlled by an Android phone running Android 4.3 or higher, or an iOS device running iOS 6.0 or better.

For starters, the LG Smart Lamp can illuminate or blink when an incoming call is coming in. It can also be set as an alarm to illuminate a room at a certain time or flash in conjunction with an audible alarm from your phone. With the timer setting, the LG Smart Lamp can also function as a security light, turning on and off at set intervals to make it appear as if you’re home.

With the Android app the LG Smart Lamp can pulse to the beat of the music on an Android phone. With multiple Smart Lamps you could really get a party going.

The Smart Lamp is a little more expensive than it’s competitors coming in at 35,000 won which is about $32. Engadget reports that there’s no known date for a US release.