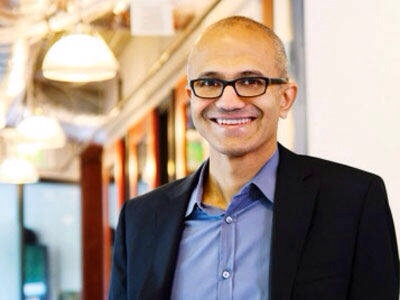 In what some view as the best of both worlds, Microsoft has officially announced enterprise chief Satya Nadella as the company’s new CEO. Along with that announcement Microsoft also announced that founder and Chairman Bill Gates will return to the company three days a week for now.

Gates will come back in a supervisory role for product, an area that he has been passionate about since launching the first iteration of Windows, years ago. With his decision to return part time in the day to day, Gates has relinquished his title of Chairman of the board but will continue to have a board seat. recode reports that former Symantec CEO John Thompson will take over the role of Chairman.

Many felt that under Steve Ballmer’s leadership, Microsoft lost their edge when it comes to product. Insiders told recode and other tech sites that while Gates was a stickler for product and user experience, Ballmer was focused more on the business side of things. With Nadella at the helm and Gates taking an active role in product, Microsoft should be poised to put their footing back in place across multiple technology disciplines.

Ballmer announced over the summer that he would be retiring this year as soon as a successor was found. Many felt it was time for Ballmer to go and he went on many farewell tours. Ballmer had been at the company since the beginning.