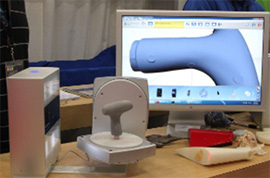 If I’m correct, 3D printing shops are going to be as common place as your neighborhood Kinko’s before too long. There are companies already paving the way like Jacksonville’s Forge and Swarupa Studios.

Swarupa Studios is hoping to gain attention for their bricks and mortar 3D Printing business at OneSpark next week. The idea behind Swarupa studios is that someone can have an idea for a product, gadget or 3d design, they can take the afternoon off and head down to Swarupa and get it made.

They are looking to take the geek, nerd or engineer out of 3D printing 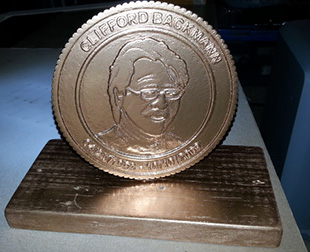 and make it easier for moms, dads, students and even children to bring their ideas to life in an environment that promotes design, invention and innovation without intimidation.

“We are a company with a “team earth” vision that likes to make stuff and we believe that everyone is creative and gets to be heard. We often make long lasting relationships with our clients because we share his or her vision of creativity and success” cofounder James Miller said on their OneSpark profile page.

At the same time the Swarupa team is making 3D Printing more accessible they can also do the more high tech projects as well. They specialize in anything from architectural renderings to engineered prototypes.

You can find Swarupa Studios at OneSpark at JAA Architecture and online here and here.

Check out more of our OneSpark coverage here.