Artist Takes App And Tesla Inspired Works To The Crowd 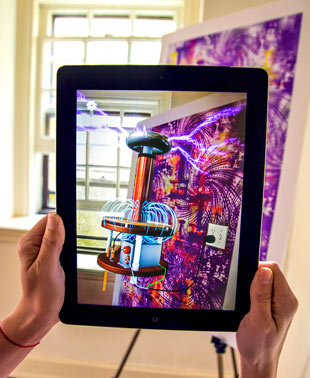 Brian Yetzer, a Philly based artist and digital designer, recently became inspired by the works, and wonderous brain of Nikola Tesla. He explains on his Indiegogo page that Nikola Lonchar from the Tesla Science Foundation in Philadelphia introduced him to the world of NIkola Tesla just three short years ago.Since that time, Yetzer has used his skills to create interactive and inspiring digital content about Nikola Tesla. He’s even earned himself a spot on the Teslatalk.tv Board of Directors.

Yetzer is looking to create an interactive augmented reality app and a poster series for the upcoming traveling exhibit “Tesla: Past, Present, Future.” Tesla was a pioneer of innovation in the 20th century. With Elon Musk’s electric cars baring the scientists name, the innovations and studies of Nikola Tesla are even more relevant today than ever before.

“Tesla: Past” – will feature the world’s first mobile augmented reality experience to honor Nikola Tesla. Viewers will be amazed by the free app that enables virtual content appearing through the lens of a smartphone or a tablet, against posters that contain embedded interactive 3D animation and video playback superimposed over a real-world environment. 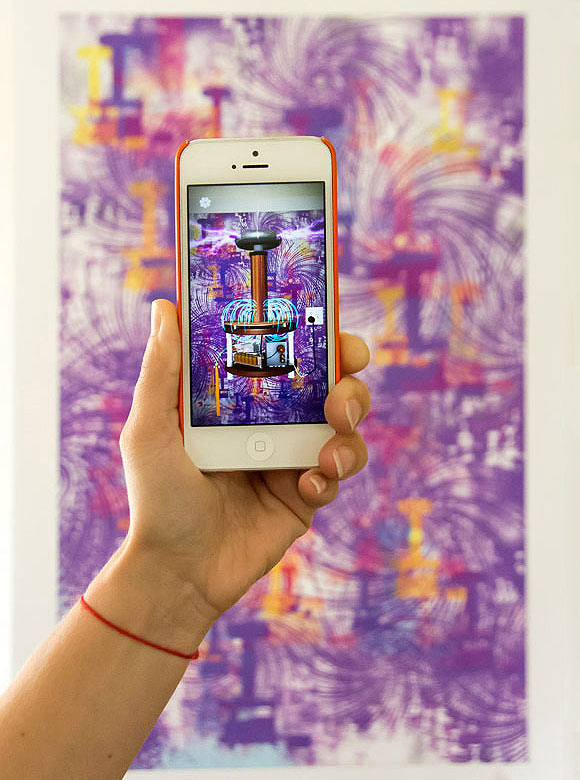 There are currently three posters in development that contain embedded interactive 3D animation and video: Nikola Tesla Bio, How a Tesla Coil Works, and Wardenclyffe Tower (an early wireless transmission tower designed by Nikola Tesla and intended for commercial trans-Atlantic wireless telephony, broadcasting, and proof-of-concept demonstrations of wireless power transmission.) In addition to that, we are producing augmented reality Tesla coil t-shirts and printable 3D models of the Nikola Tesla bust, Tesla coil, and Wardenclyffe Tower.

Working closely with wireless electricity and Tesla coil expert, Gary Peterson, a scale 3D coil model is animated to provide a step-by-step demonstration of how the device works.

Dr. Ljubo Vujovic of the Tesla Memorial Society of New York contributed the video footage from his “Nikola Tesla: The Genius Who Lit the World” documentary for both Nikola Tesla: Bio and Wardenclyffe Tower posters.

If you peruse Yetzer’s Indiegogo page you’ll find that not only is the artwork and app educational, it’s magnificent. Yetzer is an awesome artist and after watching the videos you’ll see how he hopes to both preserve the legacy of the famous scientist as well bringing it to life.

Yetzer is also working on some wild t-shirt designs, that when coupled with the forthcoming app, bring the Tesla coil on the t-shirts to life. While again, the works on Nikola Tesla are amazing in themselves, if you look past Yetzer’s love of Tesla you’ll see he may be onto something with the augmented reality portion of the game as well. I’m thinking interactive games with Zombie shirts, shirts that show a skeleton and the body parts, you see really amazing stuff.

Now here’s the sticky part, Yetzer is looking to raise $55,000 and at the time this post was submitted he hadn’t even raised $1000. My problem with this is I’ve seen thousands of crowdfunding campaigns that aren’t even close to how just artistically amazing his is. Take a look for yourself And again, make sure you check out the video below to see the app in action and just take in for a second how game changing the app would be even if it wasn’t inspired by Tesla.