Yubixi The Dating Network For Friends, Launches At OneSpark 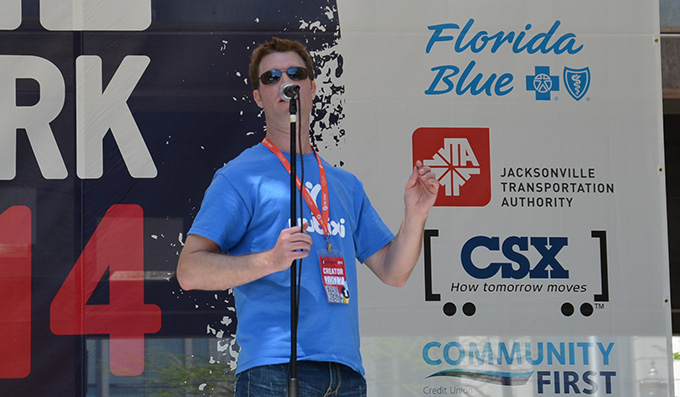 We’re on the ground at OneSpark the World’s Crowdfunding Festival in Jacksonville Florida soaking up the rays with at least 100,000 attendees at this event bringing Indiegogo, Kickstarter and your local startup accelerator pitch day to life in one off-line, online hybrid mashup. Check out more of our OneSpark coverage here.

One of our coverage partners, Yubixi, was one of the first to pitch on the Hemming Plaza Community First Pitch Deck on Wednesday as OneSpark opened to the public. Founder Scott Hooks was all smiles as he proudly announced, that unlike several other OneSpark creators, their app, Yubixi, is now available for Android in the Google Play store and iOS in the iTunes App Store.
.

When you think location based social app you think  Banjo, and Highlight, but Hooks and his team learned from the mistakes that made those apps big swelled hits for a second and then fizzle. Yubixi has a great user interface and it’s about connecting people by interests that they control. Rather than aggregating from social networks, you decide what you want your interests to be. It all goes back to a story that Kyle tells around the office all the time, when we were at SXSW two years ago we tried out Highight and it added both of us to people who had liked Mark Zuckerberg’s dog on Facebook. Now Zuck’s dog is cute and that’s probably why we both liked the picture but that certainly doesn’t mean we want to meet others who thought Zuck had a cute dog.

The other thing that Hooks was sure to clarify was that Yubixi isn’t about dating. “Sure you may find true love on Yubixi” Hooks said on stage, but it’s about matching interests and making friends, and who couldn’t want more friends in real life.

The idea came about when Hooks was on a two hour layover in an airport. He started checking his current social networks to see if there was a way to find people he had common interests with that were in the airport. That’s when the idea was born a year ago.

Yubixi soft launched last week on both major smartphone platforms and to the world today at OneSpark. You can download Yubixi for iOS or Android here at yubixi.com