Comcast Going 1Gbps Across Cable In 2015 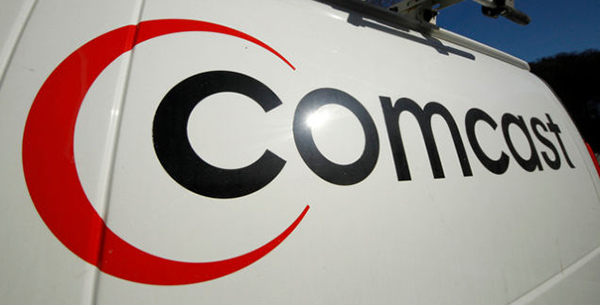 Currently there are six US cities that offer 1Gbps data speeds over fiber optic. Chattanooga, TN, Kansas City, Provo UT, Austin Texas, Opelika AL and Wilson NC all provide some kind of fiber optic network capable of 1GBps data speeds. Several of those cities like Chattanooga, Kansas and Opelika AL offer the same speed both up and down.

While the cable companies are at each other’s throats, many are able to offer speeds of up to 100mbps down via the currently available infrastructure. There is a lot of competition in data speeds between 30mbps and 100mbps. There hasn’t been a tremendous amount of competition over 1GBps because the fiber optic networks are extremely expensive to implement. A former executive of Knology told us that many cable operators were watching the delivery technology cautiously as they didn’t want to spend tens of millions of dollars on a 1gb fiber network only to see a terrabyte network around the corner.

In the case of the currently available 1Gbps network, 3 cities are powered by Google Fiber where Google acts as the cable company and offers data, phone and video over their fiber optic network. The other three cities, Chattanooga, Opelika and Wilson, all have their fiber in place to support smart grid power management technology to every address in their respective city limits.

On Tuesday at the 2015 International CES in Las Vegas, Comcast became the first cable company to announce that they plan on offering 1GBps speeds over a legacy hybrid fibre coaxial (HFC) network, through a more “efficient use of the spectrum on the cable” Broadcom, a Comcast supplier said at the convention.

“DOCSIS 3.1 is a critical technology for Comcast to provide even faster, more reliable data speeds and features such as IP video to our subscribers’ homes by harnessing more spectrum in the downstream,” Comcast Executive Vice-President Tony Werner said in a statement.

“By more effectively using our cable plant to grow our total throughput, we expect to offer our customers more than 1 gigabit speeds in their homes in 2015 and beyond.”

Now before you go lighting up Comcast’s call center they haven’t said what cities will receive the 1gbps service or given any other time frame outside of sometime in 2015. Because Comcast has grown through many mergers and acquisitions some cities will have the technology to upgrade where in other cities it will require an entire overhaul of the current infrastructure.  Pricing also hasn’t been announced however in the markets where 1Gbps speeds are currently available the pricing ranges between $250-$500 per month for residential service.

We’ll keep you up to date as we hear more.