Developers developing in Ruby on Rails, Node.js and PHP know that deploying code can be a pain and stressful. The team at VIADUCT.io has designed and developed a platform that is easy to use and understand and takes the headache out of deploying code and apps.

“Viaduct is an brand new application hosting platform allowing developers to easily deploy their Ruby, Rails, PHP and Node.js applications straight from a web-browser. Not only does it include all the functionality you’d have come to expect from an enterprise-quality platform, it has far more too! For example, when it comes to choosing a database, you can pick from MySQL, Postgres, Mongo, Redis & memcache and deploy dedicated instances of each.” founder Adam Cooke told us in an interview. “With a completely web-based interface, Viaduct allows anyone to get their applications online without worrying about servers or “devops”. Just give us your code, tell us how it should be run and we’ll do the rest!”

Why did you build you product? What problem are you taking on?

Viaduct takes the stress out of deploying your code while still being affordable. The web interface is simple to understand.

How is your product different from what is currently available?

Viaduct’s interface is beautifully designed and very easy to use and understand. Our support team are here to help whenever needed and guide anyone who is new to the platform. 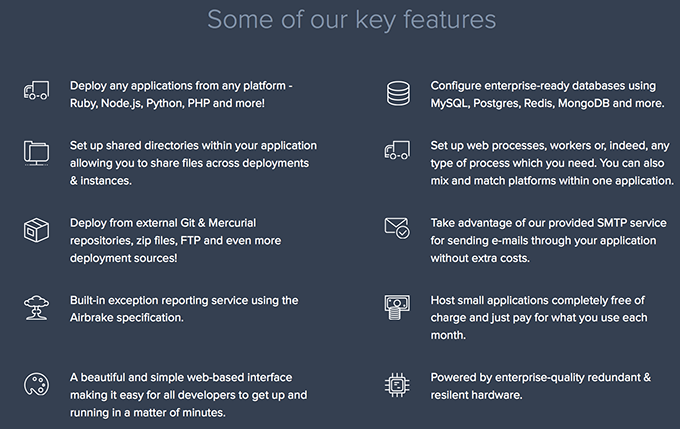 Viaduct was developed because of our own need of a solution for deploying small to medium sized applications. Viaduct is part of the aTech Media group who also develop a range of SaaS products including Codebase (a code hosting platform), Deploy (a deployment solution) & Sirportly (a helpdesk product).

Tell us about your founding team and their backgrounds.

Viaduct was founded & developed by Adam Cooke in late 2013. Adam has been creating software as a service products for the last 10 years and his wealth of experience developing sophisticated software & infrastructure management tools has been invaluable during the development of Viaduct.