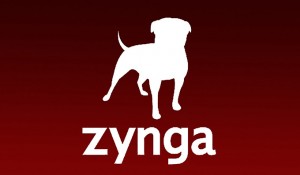 Unfortunately for Zynga this isn’t a brand new game where you can collaborate with millions of people across the world to create the best roller coasters on earth. It’s not the latest in a strong of casual social games like Farmville and Cityville that brought Zynga to the forefront in the social gaming space.

Nope, this is an infographic about the rise and fall of one of the world’s most promising companies at one point.

Zynga became a darling in the valley founded by Mark Pincus in 2007 as Presido Media. By 2008 he had raised $5 million dollars in venture capital and by 2009 that number had swelled to over $200 million.

People couldn’t get enough of Mafia Wars in 2008. By 2009 though Zynga had turned Facebook upside down with their smash hit Farmville. You couldn’t escape everyone from your sister to your great aunt Gertrude. All of them trying to get you to play so you could help them water their crops. It was a phenomena on Facebook. They had repeat success in 2010 with Cityville.

Then Zynga tried to get into the mobile space. But rather than adapt their smash megahits from Facebook into versions that current users could play on the go, watering their crops, feeding their cows and collecting permits to build their high rises, Zynga decided to acquire successful mobile games. The company went on an acquisition spree between 2010-2011.  In December 2011 Zynga went public, and the roller coaster was just about to crest and start it’s downhill descent at incredible speed.

The infographic below, from graphicdesigndegreehub.com chronicles Zynga’s roller coaster ride.