If you didn't find what you were looking for, try a new search!

There are an almost infinite amount of practical applications for Google Glass in the classroom. Those educators who already have Glass are doing some remarkable things. The implications of Google Glass for education are pretty spectacular, and this will be a very interesting topic to follow as it evolves.

Google Glass, In The Class (room)

As a follow up to our article on Google Glass in the Classroom, we thought it would be good to expound on some of the possible educational uses of Glass. Below, in a nifty infographic, 30 different ideas for how to use Glass in a classroom are touched on. While these are some great ideas, they represent a mere tip of the iceberg. As we touched on in our previous article, there are an almost infinite amount of applications for Google Glass in the classroom.

Most Google Glass Owners Are Getting A Free Hardware Upgrade

It's not often that you pay $1500 for a product and then get offered a free hardware upgrade. Maybe if there was a product recall or a significant bug, but neither is the case for Google Glass. Google has started handing out invitations to Google Glass Explorer Edition owners. Those are the folks that ordered [...]

Internet giant Google is being tight lipped about when they are launching their Google Glass wearable device to the general public. Google Glass has been available to their earliest beta "explorers" for the last 18 months. Those people that signed up to get in on glass early paid a premium of $1500 to get their [...]

Google's world wide developer event, Google I/O kicked off on Wednesday morning at the Moscone Center in San Francisco. Our very own Ashley Allen covered most of the three hour keynote in summary earlier today. This is our fifth year at Google I/O and it seems to get better and better. Google has really come [...]

As more and more people become familiar with the forthcoming Google Glass, the wearable, Android powered smart glasses are drawing attention from state and local governments. Google Glass has been in a large scale beta with a group of early adopters and Google developers. This group was able to purchase the "explorer edition" of Google [...]

A Google Glass app that serves up a database of who's who in technology so the users can quickly learn more about people they meet at a conference or in a meeting sounds like a wonderful idea right?   Pro Populi the people behind Google Glass app People+  thought that as well. Internet giant AOL [...]

Funny that you mention Google Glass, we just talked about it earlier this morning because it seems that Samsung is preparing a Google Glass like device. Google Glass has been a hot device since it's pre-beta debut a year and a half ago at Google I/O. Last year around this time Google began shipping Google [...]

By 2019, 90% of Cars Will Have Wearable Computer Integration

After a series of rapid-fire announcements, it appears that automakers are becoming more focused on wearable integration. As the infotainment battle rages on, the auto makers are bringing it to your faces and wrists.According to ABI Research, by 2019, more than 90% of new vehicles will interface with wearable computers.

Google has just released an official version of Google Play Music for Google Glass. Previously there was a leaked build of the application that users could load and use, but being as it was unofficial it came with some bugs included. The official version is available currently on the MyGlass page as a free download [...]

Fred Wilson Compares Google Glass To Apple’s Newton, But That May Not Be A Bad Thing

(image: LeWeb) Do you remember the Apple Newton, well we do, but only mildly. The Apple Newton was a PDA device that will forever live on in history as one of Apple's biggest failures, and yes it's possible for Apple to have failures.  The Apple Newton ranks up there with the Lisa, the [...]

While it is still in a "beta" form Google Glass has certainly gained a bunch of attention, but unfortunately getting your hands on a pair of your own is not just as simple as walking into a store and buying a pair. Google first introduced sales of Google Glass back at Google I/O 2012 and [...]

Has Google Lost The Narrative On Google Glass

Two years ago when Google introduced Google Glass by having co-founder Sergey Brin sky dive and land on top of the Moscone Center in San Francisco as a kickoff to that year's Google I/O developer's conference, Google Glass looked like th coolest thing in the world. Two years later, the product hasn't really come out [...]

Sony just announced one of the products it will be showing off at the upcoming 2015 Consumer Electronics Show, and it is pretty surprising. Sony has made a bet on a Google Glass type wearable. But Sony's device has a little twist, it clips on to existing eye-ware. This is Sony's Single-Lens Display Module: The clip [...]

Google has done an amazing job of hyping up Google Glass and they should, they've had plenty of time to do it. Google unveiled their wearable glass product at their Google I/O developer conference in May of 2012 (yes a year and a half ago), then at this past years Google I/O conference Google's earliest [...]

We didn't see a nationwide roll out of Google's flagship smart eyewear, Google Glass. However in the 11th hour, Google did release invitations to their Google Glass Explorer program to their Google Play Music All Access subscribers. Now for just $1500 those Google customers who were early adopters of the music program can purchase Google [...]

Samsung to Release “Gear Glass” at IFA in September 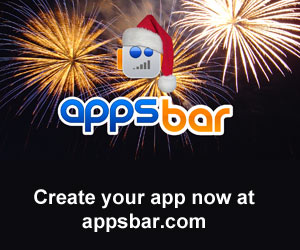